Is Chaos Aware? Is Chaos Alive?

Awareness Precipitates from Order Out Of Chaos

There is a novel paradigm for programming. It’s name is elusive, but it seems like a subject of research in theoretical computer science. This paradigm describes systems of genetic programs built on the foundations of molecular dynamics. It also helps describe systems in social physics.

Particle systems are known to be dynamical and to display ergodicity under some situations. These systems can also be non-linear and thus are chaotic, implying that minor changes in starting conditions can result in unpredictable fluctations in system behavior.

What is a Genetic Program?

Genetic systems have spatially distributed state. In a simplified framework, the state can be modeled as the binary presence or absence of some molecule over given ranges of space for every point. For more complex frameworks, additional information is relavant to the system’s mechanics, such as the molecule’s physical orientation relative to adjacent molecules. This state is similar to a program’s closure – the variables accessible to its total environment or scope.

The arrangement of specific types of molecules in a cell’s nucleus determines the likelihood of interactions between adjacent particles. Each one of these molecular interactions unfolds in a unique way, but maps to a set of event types. One such event would be the activation of an enzyme’s active site. There’s a limitless degree of variation in how each event unfolds, but we recognize the result as being logically the same, since event details map to idealized representations of the event type.

These interactions change the state of the local space in logically significant ways, which dramatically alters the likelihood of subsequent events. To reach for a programming metaphor, you can think of this as a function that executes with side effects, modifying some variable external to the function scope.

In genetic systems, general types of events include enzyme activation, DNA transcription, epigenetic modifications, chromatin transformations, miRNA/piRNA amplification of mRNA, and many others. When RNA polymerase transcribes DNA, producing a strand of mRNA, this increases the likelihood this mRNA will be translated. The more copies of this mRNA, the more likely they are to result in result in protein products, whether the copies originate from transcription or amplification. 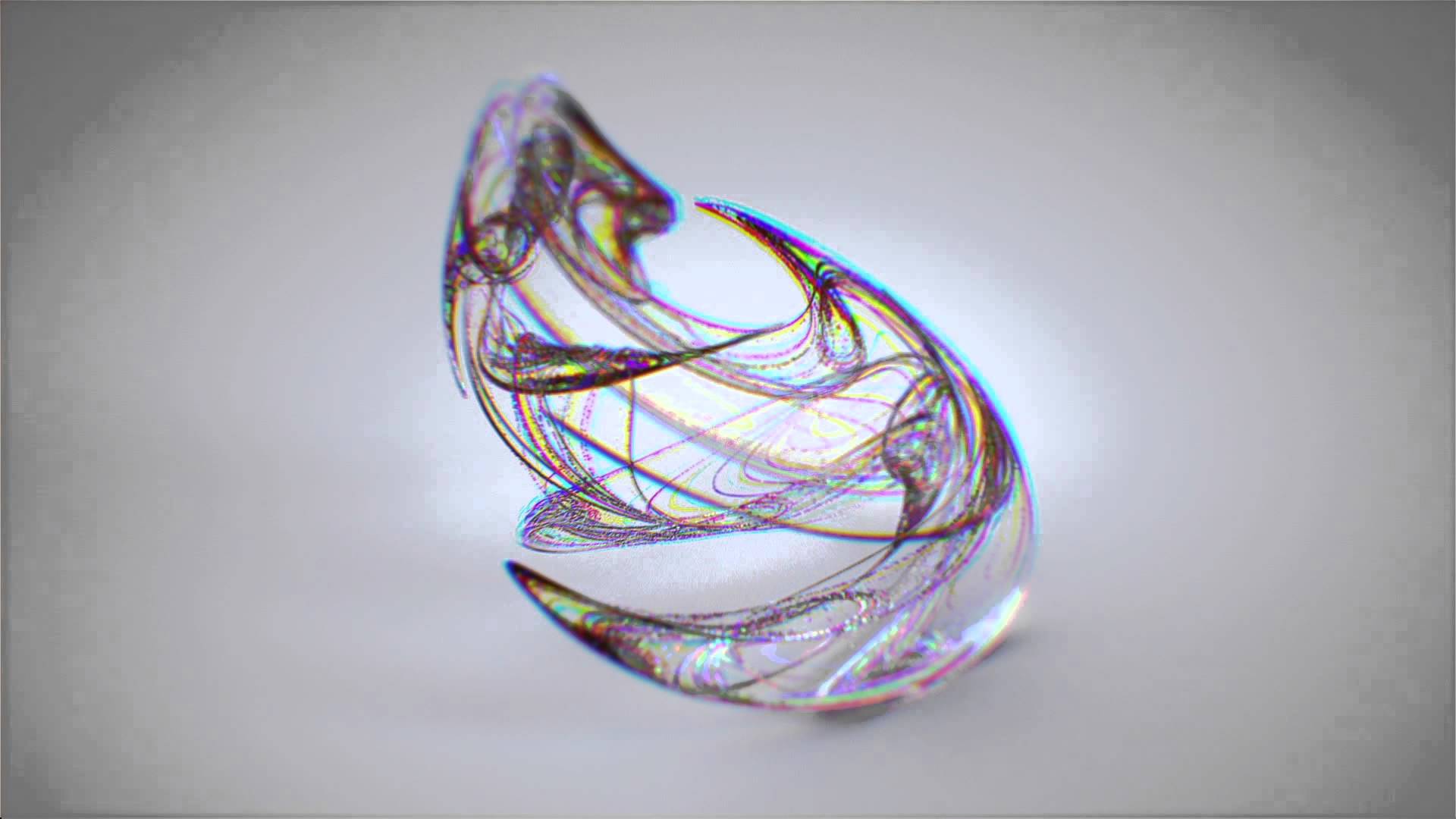 Molecular dynamics is computationally prohibitive. Even determining the structure of some proteins from amino acid sequences can be challenging because of this and other reasons. If we simplify the system, we can reason about it more intuitively. For example, one could simplify the spatially distributed state to binary presence & absence of products that interact with nearby products. Networks of related events can be abstracted with the idea of probalistic state machines.

By using models of varying complexity, we can design and develop these genetic programs that operate in sufficiently similar ways, despite the lack of deterministic behavior. What kind of programming paradigm is this?

Is There a Digital Signature in Chaos?

Humanity has been trying to understand the origins of life for millenia and we’re getting very close. Why do these patterns of behavior emerge in the chaotic system of molecular dynamics? Why do logically similar representations of particle configurations – i.e. molecules – emerge in similar proportions, despite dramatic variations in their positions in the system. The system isn’t defined by the specific molecular arrangements alone because this can vary widely and life can handle it.

As genetic programs execute, this leads to predictable changes in the distribution and entropy for both molecular configuration and conformation. These distributions over time are better metrics to dilineate speciation of genetic programs than measures based on simply genes or particle state. Identifying patterns over time get us closer. Spatially distributed state and configurational changes are the visible prints of probabilistic state machines whose states are composed of types and metatypes. These state machines represent kinds of hierarchical event-driven behavior throughout the system.

SIFTing for Signatures of Decomposed Patterns in Chaos

SIFT – scale-invariant feature transform – is a technique used to identify features of images, regardless of their scale. An analogy for SIFT can be applied to the idenfication of decomposed partial patterns in chaos, resulting in signatures for probabilistic programs. These patterns are derived from both change and entropy in configurational and conformation distributions. Their decomposition and application across various spatiotemporal scales can dilineate and speciate genetic programs and other programs layered onto chaotic systems.

These are non-linear and non-deterministic chaotic systems. Their behavior is definitively unpredictable and sometimes divergent, but by deconstructing their event-driven aspects, they are programmable, yielding a new paradigm: chaotic programming. While Chaos computing describes the possibility of logic gates that emerge from chaotic systems, it’s unclear if these are the building blocks for programs in chaos.

Why Does Order Emerge from Chaos?

Under what circumstances does order emerge from chaos? Does it always present with stratification and interwoven hierarchical self-similarity? When do the fractal features begin to react to themselves, reflecting their own images back into themselves? This is what leads to higher levels of order in chaos. If chaotic systems yield order that compels some form of ergodicity to emerge, is it truly chaotic? 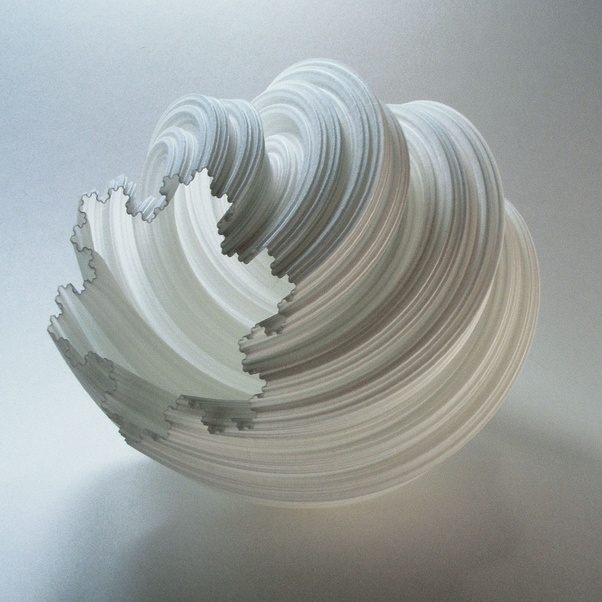 What is meant by information representations in systems of molecular dynamics? Examples of these include quark configurations of the standard model or molecules of atoms. The representations of both can be combinatorially enumerated from primatives. In reality, each molecule is different in subtle ways. The atoms will engage in characteristic modes of vibration, especially after bonding covalently, but these patterns of vibration are imprinted with residual information related to the specifics of the atomic interactions that created the molecule. As always, quantum mechanics further complicates everything.

What Makes A Glucose Molecule?

Glucose is made of six carbons, six oxygens and twelve hydrogens. Every glucose molecule is distinct, but for any collection of these 24 atoms that are close enough, we can measure their similarity or distance from an idealized glucose conformation. Still, even though each glucose molecule might have idiosyncratic patterns of vibration subtly influencing their transitions between conformations, we still consider the six-carbon ring a glucose molecule, whatever non-linear transient physical deformation it might be in.

Form Lies Between Symbol and Representation

This group’s quality of glucose-ness is emergent, but still maps to the branching, combinatorially enumerable, metaphysical forms, whose definition is constant throughout time and space. These forms become increasingly diverse, as do the emergent dynamics whose action depends moreso on the symbolic identity of the representation than the constituent parts of the representation.

Is Form Internal or External to Chaos?

Are the definitions of molecules defined outside the chaotic system? Imagine a simulated system with mechanics similar to molecular dynamics. In such systems, increasingly complicated forms emerge, some of which could be externally defined, yet this is not necessary. A handwritten digit recognition network does not know anything about digits or handwriting. Likewise, the simulated chaotic system above can have mechanics based on emergent forms, which may or may not be defined externally. Still, internal or external, the dynamics of the system are dependent on the emergence and interaction of these forms, which become stratified in more layers.

At higher levels of order, from molecules to genetics to multicellular organisms, forms exert a greater range of influence on the system, which itselfs drives ineffibility. The mechanics of the system, especially in animals or entities with awareness, become decoupled from the mechanics that define the constituent parts. Yet, further reflections of its forms refracted through the mechanics of the chaotic system itself will always yield higher order over time.

That is, this kind of chaotic system will always build higher levels of abstaction in form, which can be internal or external. For the purposes of programming, the forms can be externalized to optimize the initial state of the system, against the complexity of chaos. This can allow us to identify systems which guarantee stability for increasingly higher stratification of form, where the stability can begin to be itself driven by the order within chaos. Eventually that order must yield dynamics reinforcing reactivity to the system itself, giving rise to system’s awareness of itself.

Ergodicity of Order in Chaos

Are such systems required to be a certain size or have a density and rate of element interactions? To study this in particular, it would require an analogy to Ramsey Theory for information representations and order in chaotic systems.

What thresholds of stability, structure and form render awareness possible? Does this imply that higher-order phenomena of some systems, like awareness, intelligence, consciousness and language, are themselves ergodic under some conditions? For these systems, is chaos itself alive? Are there mathematic systems which produce these phenomena, given enough running time? Is there an event horizon beyond which order becomes asymptotically convergent? If so, does this always lead to a singular destination?

What does this mean about the technological singularity? Is this our planet’s local ergodic destination?

What constraints must hold on chaotic systems like the mandelbrot set to produce the unconstrained perfracted forms necessary for a system to produce life, awareness and sentience?