Our Universe is a Virtual Holographic Simulation - We Should Hack It

Not really though … But wouldn’t it be cool if it was?

Have you ever thought that – if life is some sort of holographic virtual reality simulation in another universe – that maybe there’s l33t h4x and weird glitches within the simulation (just like this super mario bug) that enable certain features and maybe even warp you to the last level? …

.. Wait, you don’t sit around and think about that stuff? … Nevermind then, lulz

So, in January, I watched this cool video of a Super Mario World hack that skips to the end of the game. I posted about it on Facebook. But it was trending that day, so everyone else did too. Ugh, FB’s trending feature is ruining it for the cool people. How am I supposed to be cool and in the know when Facebook already does it for you?!

So, briefly, how does this hack work?

Well, basically old school game consoles were extremely limited in their capacity for storage and computation. So in order for game devs to get things to run smoothly, they often had to rely on binary hacks for performance. Also, because the console’s memory was limited, there are limits on the number of sprites available simultaneously. In layman’s terms, this hack takes advantage of the way the Super Mario World program processes and stores information in order to jump to the end of the game.

Therefore, in some video games there are seemingly arbitrary actions and conditions that, when satisfied, produce drastically different results from the expected behavior.

And so, can we discover a similar hack for reality itself?

This is assuming that we are within a simulation. Of course, we aren’t – reality is very real.

But … if it was a simulation:

★ How could we interpret everyday phenomena to determine how the simulation stores and processes information.

★ Are there certain actions which could induce bugs which would allow us to create a stack overflow bug?

★ How would we reason and infer about what storage must be necessary in order to account for the phenomena we see?

★ Can we make inferences from Quantum Physics and Computer Science to assist in determining these data structures?

★ Like the SMW hack, can we trigger a condition that causes us to jump “to the end of the game,” so to speak.

★ What actions or thoughts would trigger these kinds of actions?

Definitely interesting stuff to think about, IMO. An entertaining thought experiment. But then again, I’m a bit of a nerd.

Nexus, a great sci-fi read that contains some applicable ideas. 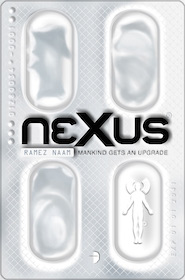 Ok, so what would happen if you triggered the l33t h4x?

So, if we’re in a simulation and we let’s say we find that magical sequence of actions, which hijack a buffer overflow or otherwise intentionally affect the bytecode behind reality? What happens then? Would reality then crash completely, terminating or interrupting the simulation? Would you then receive an ethereal visit from “tech support” à la Vanilla Sky?

Back to video games and software. Wouldn’t it be bool to scan the compiled bytecode in a video game’s ROM. Then have an automated program identify buffer overflow vulnerabilities AND construct a method of executing them in game (and possibly script a bot to do so) …. way over my head, but definitely possible. Probably possible .. ok maybe. It’d be really hard and likely not 100% effective.

These aren’t original ideas by any means. But they are pretty fun to think about.